See all Master's and Postgraduate degrees

Can design transform the world? BAU's Master's Degree in Design invites students to question the reality that surrounds them and offers them a wide range of tools and possibilities to make a decisive contribution to the well-being of society.

BAU's Master's Degree in Design Research and Experimentation is a space for reflection and action. With rigour, responsibility and commitment, students face the challenge of thinking and building a better, fairer and more sustainable world.

In a world marked by uncertainty and complexity, design plays a key role. The master's degree accompanies and encourages students to understand and question this world, and encourages them to actively participate in it through transformative design proposals based on creativity and a critical spirit.

The Master's Degree in Design promotes the social role of design and the potential of designers to act as a driving force for change. An open, transversal and integrating laboratory with a clear intention: to transform utopias into questions that open the way to tangible realities.

It also proposes a work and study method based on research as a creative practice, along with material and technological experimentation, where design is a porous discipline in contact with other sciences and artistic branches, establishing enriching and unexpected links with anthropology, ethnography and philosophy, among others.

In BAU's Master's Degree in Design, design is lived from a sensitive and meaningful experience, as an adventure in constant movement in search of new questions, with the will to get involved in contemporary problems that affect our lives: politics, culture, health and ecology, but also aesthetics in all of its forms.

The Master's Degree is structured in 60 ECTS, which are taught in two terms. The contents are distributed into seven mandatory courses and their corresponding subjects, as can be seen in the following table.

The subjects have been planned in such a way that students' achievement of the competences is gradual and responds to the expected learning outcomes. 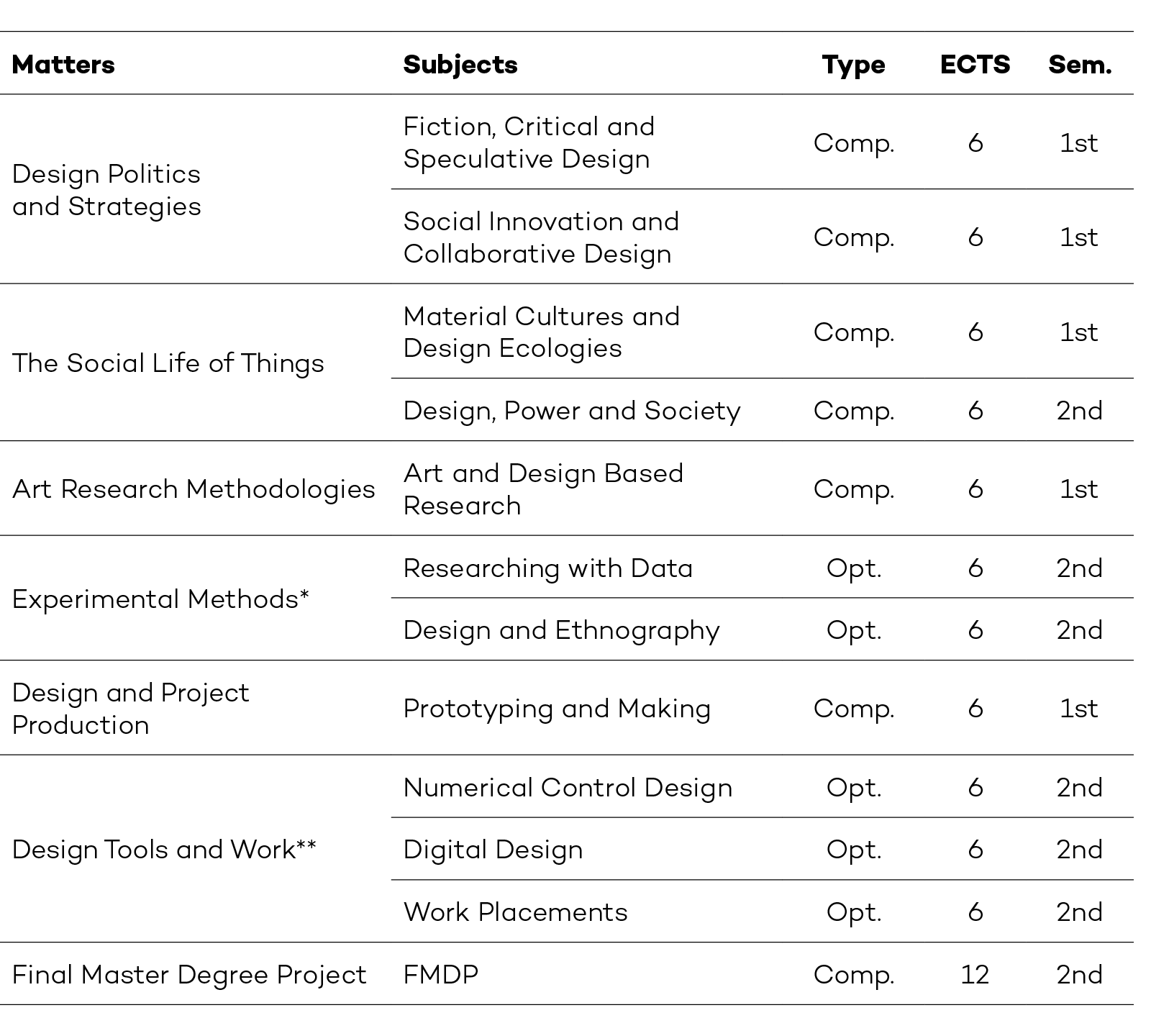 * From the Experimental Methods subject, one of the following two optional modules must be completed: Investigation with Data or Ethnographies and Design.
** From the Tools and Design Work subject, one of the following three optional modules must be completed: Design and Numeric Control, Digital Design or Internship.

Teaching Guide of the Syllabus

Subject I – Strategies and policies of design

This subject is made up of two compulsory modules worth 6 ECTS each:

This subject views design as a practice with political and social implications that will be approached through practical projects and conceptual reflections. To this end, fiction or critical design are used as tools for stimulating applied speculation, and various forms of participatory and collaboration-based design are explored from a critical perspective.

Subject 2 - The social life of things

This subject is made up of two compulsory subjects worth 6 ECTS each:

Material cultures and design ecologies and Design, power and society

Through various academic disciplines and their corresponding research methods, such as the social sciences and anthropology, research is carried out from and with design; the fundamentals of the so-called material cultures are also established so that design can be understood from a complex perspective and to address the relationship between design and power as a crucial issue. With this objective, the politics, ethics and aesthetics of objects are analysed.

This subject is made up of a single compulsory subject that is worth 6 ECTS:

Research in art and design

In this subject, research is approached from the field of art and design, both from a conceptual and a practical dimension, and at the same time from theory and experience. The evolution of research methodologies throughout history is analysed providing an overview of practices in contemporary creation through a range of case studies that incorporate and intersect with various areas of knowledge.

This subject is made up of two optative subjects worth 6 ECTS each:

Investigation with data and Ethnographies and design

This subject aims to take a closer look at practical research methods in design. Students can opt for a module in which research is based on data, where they will explore various methods of visualisation, working with mass databases, big data, and working with digital environments. Or they can opt for an alternative module, which will provide them with the foundations they need to build creative ethnographies by exploring a territory, mapping, and learning how to be sensitive to the environment.

Subject 5 - Design and manufacture of projects

This subject is made up of a single compulsory subject that is worth 6 ECTS.

Understanding digital manufacturing also implies understanding the contexts of collaborative production where it occurs, the principles of the free culture that it is based on, and the techniques and methodologies designed for sharing and experimenting with these tools. Therefore, this subject ventures not only into the digital production workshops but also conducts a critical analysis of the maker phenomenon and digital manufacturing processes.

This subject is made up of three optional subjects worth 6 ECTS each:

This subject is divided into three areas with the aim of taking a closer look at the design tools used in the field of design and expanding knowledge of numerical control. Moreover, students have the opportunity to complete an internship at a renowned company from the field of professional design that works to provide a response to both the needs of the working world and the current social reality.

This subject is made up of a single compulsory subject that is worth 12 ECTS:

At the end of the master's degree programme, students must demonstrate that they have acquired the skills needed to lead research processes and design projects, while taking a critical position on current issues and responding to the needs of today's society. Therefore, every student must create a final project, with individual tutoring, that relates to their interests and motivations by employing the methods and tools used during the master's degree programme.

The Blurry Era by Pol Ventura

See all the projects 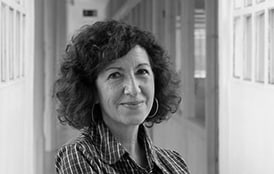 PhD in Design. Coordinator of the Master's Degree in research and design experimentation.

Doctorand. Architect and Master in City and Sustainable Architecture 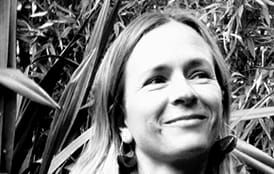 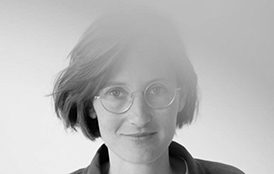 In the 2019/20 course, these were some of the professors invited to participate in the master's degree :

Architect for ETSAB (UPC) and Master in Urban Sociology from the Universiteit van Amsterdam (UvA). Member of the cooperative of architects LaCol, specialized in participation.

Visual artist. He has created a sculptural, photographic work, installations and interventions in the public space, which consider the architectural project as one of the most complex imaginary constructions of modernity. He has made numerous exhibitions and projects in situ in different countries such as Ireland, Mexico, Belgium, France, Italy, United States, Israel, Palestine, Argentina, Finland, Japan or Brazil. In 2018, MACBA dedicated an individual exhibition.

Visual artist. Interested in amateur practices of popular theater and local phenomena as a form of resistance, in recent years he has investigated archives of cultural minorities and social practices, collaborating with communities of local clowns, musicians, cabaret artists and minority sports athletes. His work drinks from popular culture, local subcultures, oral traditions and resistance archives.

Architect. She works in the development of projects and communities that combine technologies, free culture and social innovation. His work is related to digital culture, open source and practical experimentation methodologies. He has worked in citizen laboratories such as Medialab Prado (Madrid) and LABIC (Colombia) and participates in projects such as Autofabricantes and Experimenta Distrito. He has also developed activities linking learning in technology and design in centers such as Matadero (Madrid), Tabakalera (Donosti) or Espacio Caixa (Madrid).

Degree in Philosophy from the University of Barcelona. He is Professor of History and Design Theory and Ethics of the profession at ESDI. He has been a member of GRACMON, Research Group in Contemporary Art and Design History of the University of Barcelona. He is the founder, together with Professor Carlos Jiménez, of DESINGERS, a pedagogical innovation laboratory where design skills are acquired through the performing arts.

Journalist in media such as El País, El Confidencial, El Español, Noisey; cultural and research critic, collaborates in different projects dedicated to the review of digital and audiovisual formats. Graduated in Journalism and Audio-Visual Communication, Master in Comparative Studies of Literature, Art and Thought, Pompeu Fabra University. Co-founder of the digital anthropology magazine Visual404, a writing space on whose collective he holds different artistic exhibitions around stock image formats, .gif and motion graphics.

Long-term graphic designer, he was the founder of Estudio La Mosca and since 2012 Opisso Studio. He has signed the graphic design of exhibitions such as “Kubrick”, “Llull, la Màquina de Pensar”, “Cerdà i la Barcelona del Futur”, “Sota Setge” at the CCCB, “La Bellesa i els monstres. Ismael Smith ”at the MNAC,“ On The Table. Ai Weiwei ”at La Virreina Centre de la Imatge. Currently working on the graphic design of the exhibition " Curiosidad Radical. En la Órbita de Buckminster Fuller ”, which will be presented at the Fundación Telefónica Space in Madrid and at the ArtScience Museum in Singapore.

Designer and 'things maker'. His Graviton Graphics studio is both a graphic design studio and an exploration laboratory on art in quantum physics. Marina grows in international environments, collaborating and working with Rascality programmers in New Zealand and for exciting customers. He has lived in England and Australia, always looking for opportunities abroad. Alumni of the Degree in Design (Graphic Design itinerary) of BAU.

Artist and teacher. Bachelor of Fine Arts from the University of Barcelona (1997), with studies in film and video at the New School University and the Film & Video Arts in New York (2001-2003). She works as an independent documentary filmmaker and collaborates with the MACBA making a documentary fund of artist interviews. He lives between Barcelona and other foreign cities where he develops his artistic research projects. The condition of foreigners is an indispensable record in their work.

Social anthropology specialist and University of Chicago PhD. He has worked as a teacher in various education centres. He is a member of the Research Group on Social Exclusion and Control (GRECS, in Catalan) and has written a wide variety of chapters and articles on international journals.

She works as a graphic designer and educator specializing in the fields of editing and editing artists. His career has developed between visual arts and graphic design. In 2015 he co-founded his design studio, Oficina de Disseny, where the main interests and projects focus on the cultural field. Ariadna is also part of collective initiatives such as L'Automàtica, a self-organized printing press, and is co-founder of MUNT, a sound art platform that selects live experimental music performances and publishes the resulting recordings.

Study founded in 2006 dedicated to interactive, audiovisual and graphic design projects. His interests focus on working with data and its critical appropriation, on the new forms of interactive web, on the expressive possibilities of obsolete technologies and on experimental animation. They have also carried out projects for the Master in Theory and Practice of the Creative Documentary of the UAB, the CaixaForum, the CCCB and RTVE, among others.

Degree in Environmental Sciences from the Autonomous University of Barcelona (UAB), with a cross-sectional profile in the fields of strategic environmental consulting, communication and exhibition productions. Currently working as a freelance in the development of environmental and creative strategies and communication projects related to the world of sustainability.

The Master's Degree in Research and Experimentation in Design at BAU is a 2º-cycle study program that responds to the research concerns of the BAU Doctorate Program structured in two lines of research:

More information about scholarships and grants.

Check the information about the pre registration process

The quality of the BAU pedagogical system is guaranteed by various indicators and reports by the seals of (AQU, RUCT, ANECA, EUC ...). Visit the Quality section.

Enter your details and we will send you an email with the Master's Degree in Design brochure.