Get to know BAU

BAU is an Art and Design University Centre located in Barcelona. It is affiliated to the University of Vic - Central University of Catalonia, which offers official Bachelor's Degree in Design and Bachelor's Degree in Fine Arts within the European Higher Education System. BAU's mission is to be a driving force of knowledge and innovation at the service of society. It focuses on attention given to students and their global training so that they incorporate the values of respect, equity, social commitment and responsibility towards people and professional rigour.

At the same time, and within the framework of Continuing Education, BAU offers a Diploma in Graphic Design, Online Specialisation Courses - in collaboration with the renowned Australian RMIT University - and the Summer University courses.

More than 30 years training professionals in order to improve the society's well-being.

BAU, Art and Design College, was founded in 1989 thanks to the interests of a group of design professionals with a firm teaching and pedagogical vocation. In the same year, a disruptive, innovative and multi-disciplinary centre for higher studies in design was founded, complementing the models offered at that time by the more traditional and academic training centres in the city.

From its beginnings, BAU has been inspired by the founding spirit of the Bauhaus, a mythical design school founded by Walter Gropius in Weimar (Germany) in 1919, which revolutionised artistic training by following rationalist and functional criteria with a clear vocation for social transformation.

In 2003, BAU relocated to Poblenou (22@), the Catalan capital’s innovation and design district. A spectacular industrial premises (building A) was restored, in which dedicated spaces for teaching and experimentation, as well as the furthering of innovation and research, have been set up.

In 2009, within the framework of the European Higher Education Area (EHEA), BAU consolidated its range of 1st cycle studies and became an affiliated centre of the University of Vic – Central University of Catalonia (UVic-UCC), establishing itself as a pioneering centre by offering university-level studies in the form of the Bachelor’s Degree in Design.

In 2010, BAU launched its first research group: GREDITS (a Catalan acronym for Grup de Recerca en Disseny i Transformació Social), recognised by the Government of Catalonia as a consolidated research group. In 2014, to coincide with the 25th anniversary of BAU, the facilities were extended with a new building (building B). To meet new educational needs, an expansion, known as building C, was completed four years later.

In 2017 the Doctoral Unit was established to supervise doctoral thesis.

In 2019, alongside UVic-UCC, BAU introduced 3rd cycle university education with the implementation of the Ph.D in Design and Communication Programme.

In 2021 BAU becomes the first private Catalan university centre to offer official Bachelor's Degree in Fine Arts. It also integrates within its infrastructures a new site - Granada building - covering 2600 square metres in the heart of Poblenou, just 200 metres away from the existing facilities. 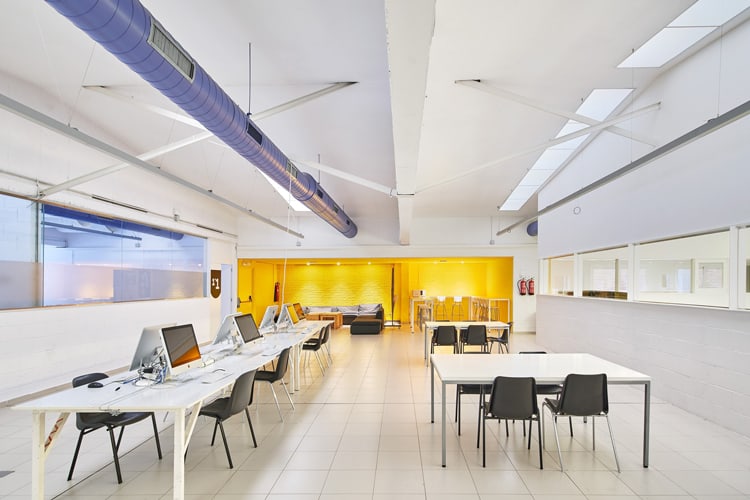 To study design is to learn to create worlds, to translate creativity into the creation of messages, objects, spaces, relationships or situations. This means not always accepting the world around us, but wanting to transform it. For this to be possible, it is essential to know how to analyse, understand and, ultimately, make changes.

Therefore, studying design means training as a designer by using prototypes, models, tools, techniques, productions, etc. Studying design involves experimenting, trial and error, creative documentation and critical thinking. It is learning how to work in collective environments surrounded by fellow students with whom you will share your discoveries and concerns. It means engaging with others, wanting to share ideas and explore new spaces, new aesthetics and other concepts. Studying design requires us to ask questions, identify opportunities, respect the environment and be prepared to provide solutions. It forces us to experiment with materials, ideas and processes to explore the frontiers of our knowledge and propose more sustainable ways to coexist.

To study design is to better understand the world we live in, to reflect on the relationships that we build with objects and other people, to stimulate the imagination and speculate about possible and desirable futures, to question limitations and to learn, collectively, to create the worlds of the future.

The purpose of the BAU Degree in Design is to develop the profession from the perspective of creative practice and ethical commitment by working in a way that respects diversity and sustainability.

Studying at BAU is learning to create worlds, to pour creativity into the creation of messages, objects, spaces, relationships or situations, something that implies critically observing the world around us and the desire to transform it.

BAU's Bachelor's Degree in Fine Arts situates artistic practice in great debates and challenges of the contemporary society. It was created with intention of contributing to the transformation of society through art as well as with conviction that artistic practice has a unique power to propose new ways of feeling, thinking and living, based on artistic sensitivity, environmental commitment and social responsibility.

With Bachelor's Degree in Fine Arts, BAU consolidates its educational offer in the fields of Arts and Humanities. Fine Arts students now have an exceptional setting to become relevant creators in the society of the present and the future. From a clearly professionalising perspective, it takes care of each student's career and it provides students with tools and methodologies to help them develop their own language.

With experimentation and research as the pillars of learning, it connects art with humanities, sciences and technologies, and the future artists with the local and international cultural network.

Our teaching staff includes specialised professional experts and university graduates with both bachelors' and doctoral degrees. They are experienced in the fields of design, art, architecture, photography, advertising, sociology, philosophy, anthropology, history, etc.

Our teachers are passionate about design. Their working philosophy is open and integrated. They monitor each student’s work and progress, respect their students' efforts, and are more than willing to collaborate with them. Their aim is to assist the students in their professional and personal growth. 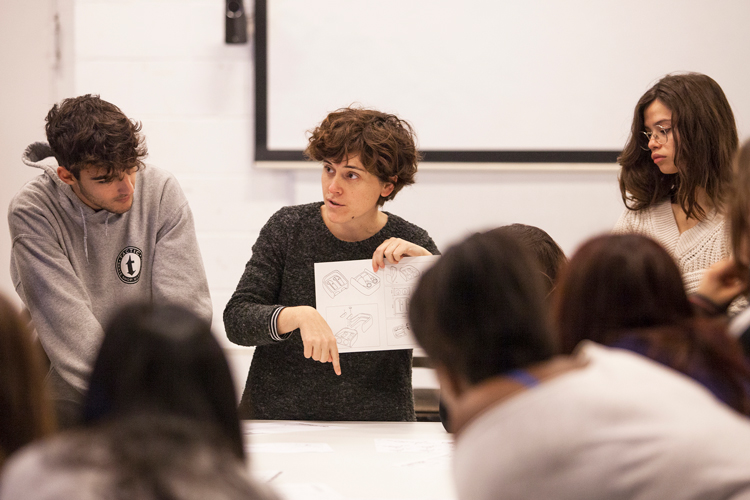