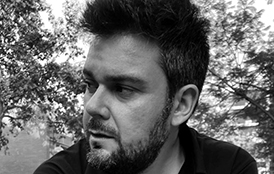 Carlos was an active member of Catalana de Tipos from 2006 until its dissolution in 2012. He participated in the Ligaduras project (2007 and 2008) and since 2006 he has attended the ludic-typographic meetings Lletraferits.
Since April 2019 he works at J.J. Bertran Studio and had previously collaborated with Lateral Branding (2012-19), Fake Studio (2010-11), Mariona García (2008-10) and Andreu Balius (2007-09).
He has participated in workshops and seminars given by Andreu Balius, Ivan Castro, Ken Barber of House Ind., Bogidar Mascareñas and Ricard García.
He has taught various master's degrees and degrees at institutions such as the UOC, LCI Barcelona and Seeway.

'Pimp the type 2007-08', collective exhibition held at the Vallery gallery (Barcelona) and the MuVIM (Valencia)