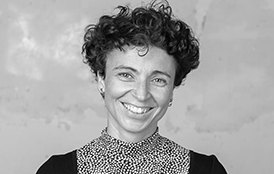 He has a degree in art history from the University of Barcelona. In 2013, he received a doctorate from the same university with a doctoral thesis on the path of fashion creator Pedro Rodríguez and the history of haute couture in Spain during the 20th century. From 2008 until 2015 he has coordinated the A-FAD, within the FAD, Promotion of Arts and Design, where he has worked on various projects for the promotion of design and applied arts. In addition, as an expert in fashion history he has collaborated in different institutions such as the Barcelona Design Museum or the Suit Museum of Madrid. He has carried out his work as a teacher in institutions such as the Faculty of Communication Blanquerna (URL), FDModa Escola Superior de Disseny, the Massana School, Art and Design Center, and the BAU Barcelona University Design Center