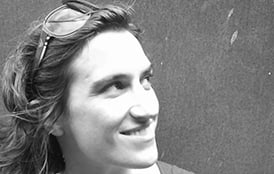 Mariona Benedito is an architect by the ETSAB (UPC), 2000 and obtained the DEA in 2007. She is in the preparation phase of the doctoral thesis The canon of residential architecture in Barcelona 1940-1960.

She is an associate professor of the Department of Architectural Projects of the UPC since 2003, she has coordinated several international workshops and elective courses such as RE-flexing the space, DIY, Post-it-City, Building of City Now in St. Petersburg, BIAW ... She was a professor at the ETH Zurich in 2005, professor of the Master of Art and Architecture ephemeral of the UPC, professor of the Summer Studio of the Washington University of Saint Louis in various editions and professor of TFG in BAU. She has written several articles and curated several exhibitions.

She is co-founder with Martí Sanz of the MIM-A Architecture School (www.mim-a.com) since 2007, where she develops several projects both in the field of architecture and public space and in the design of exhibitions and ephemeral spaces.

In 2015 he received the FAD Prize for Ephemeral Spaces with the work Les Llàgrimes de Santa Eulàlia, the result of an intensive workshop held at the ETSAB with Martí Sanz. Other works have been selected for the FAD 2012 awards and the 7th European Landscape Biennial and published in various magazines and books.

She is also editor of the book Despues de, Editorial Gustau Gili, coauthor of the DIY book edited by the UPC and co-author of the project collections I-II 2003-2006.