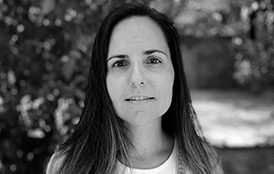 She begins her professional career as a graphic designer for Tous-Manresa (2006-08). She has worked as a freelancer for clients such as Bobux, Pelé Sports, Jardi Pond or Pridem (2008-11). In 2009 she joined Ogilvy&Matter as Senior Graphic Designer until 2014 and as Art Director until 2016. Since 2016 she is Senior Product Designer and Art Director at Omada Intercativa. She also teaches in schools in Terrassa, Manresa and Barcelona.