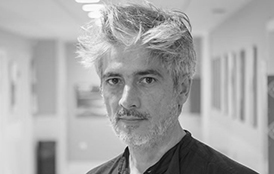 In 2006 he launches his own brand, Josep Abril, until today. In 2006 he created Bespoke, the line of tailoring and special pieces, gaining a wide clientele of actors, musicians and artists. In 2007, with Uniformed by, he started the line of luxury uniforms. From 2003 to 2012 he was Creative Director of the Armand Basi men's collection, presenting the collections on the international catwalk in Paris. Creative Director of Guasch's 2009 homewear collection, he worked on advice and evolution of new products. Josep Abril also has an extensive career as a costume designer for opera, theatre, dance and shows.

Since 2009 he teaches design workshops and classes at ESDI, LCI and IED.