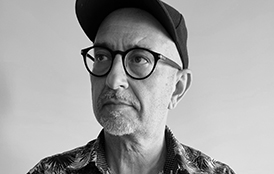 Art historian, PhD in Visual Arts, curator of exhibitions, writer, professor of BAU, Design College of Barcelona, and member of GREDITS, Group of Research in Design and Social Transformation.

In the editorial field: Historia del arte en España 1939-2012 (2015, in collaboration with Patricia Mayayo - in the editing phase), It is not the most natural. Writings and works by Octavi Comeron 1965-2013 (2014, edited in collaboration with Tere Badia and Joana Masó), The era of art degradation. Power and cultural policy in Catalonia (2013), Managed memory. Baroque and Hispanic (2010), can I speak with freedom, excellence? Art and power in Spain since 1950 (2010), Modern art and Francoism. The conservative origins of the avant-garde and of the artistic policy in Spain (2007), Photography and social activism (2006), Me, Mycell and I. Technology, mobility and social life (2003) and Planet Kurtz (2002).

And in the audiovisual field, his most recent activities are: Katallani (SUB, 2014), MACBA: the right, the left and the rich (SUB, 2013) and Videocracia. Fiction and politics (2013, in collaboration with Arturo-Fito Rodríguez).